They are submitted by each company involved separately

In the case of setting up by merger under development Laws no. 1297/72 and 2166/93, there is an exemption from publication fees in the Government Gazette. There is also an exemption from the publication fees in the Government Gazette Issue of Public Limited – Limited Liability Companies and GCR of the summary setting up report (article 13 par. 2, ind. B, of Law 3419/2005, as replaced by article 13, par. 10, of Law 3853/2010)

Procedure 1. The above supporting documents shall be submitted to the competent GCR Service or Department and transmitted to:

Procedure 2. Following the registration of the setting up with the GCR Service, it issues four signed announcements and delivers them to the company concerned: One for its archive and three for submitting them within 15 days to the competent Tax Office for commercial companies (FAE) for legalization for the payment of the capital concentration tax (amounting to 1 ‰ of the amount of the capital), from where it receives two copies, of which (a) one copy together with the payment note of the above publication fees shall be filed with the National Printing Office for publication in the Government Gazette and (b) the other together with the proof of deposit of the National Printing Office shall be furnished to the competent supervisory service within one month of the registration of the company with the relevant Public Limited Companies register. If this is not furnished in time, the supervisory service initiates the process of erasure of the company from the Public Limited Companies Register

The same procedure as in the above cases (see Procedures 1 and 2 hereabove) are followed by the competent GEMI Service (of EEA for Public Limited Companies under its competence). 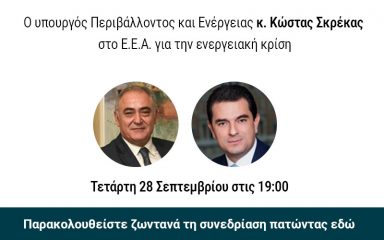